Trucks, beer, and love, all things that make country music go round. I’ve said before that country music is just pop music with a slide, and then lyrics about slightly different topics than what you’ll hear in hip hop or “normal” pop music on the radio.

In my continuing quest to validate my theory that all country songs can fit into one of four different topics, in this post, I go through lyrics to see which artists talk about trucks, beer, and love the most. In my first post on this topic, I talked about how to get song lyrics from genius and print them out on the command line.

The goal here, and what I’m going to walk you through, is how I stored stored info and lyrics for all the songs for the country artists, how I made sure that all the lyrics were unique, and then ran some stats on the songs. Another note before we go is that a lot of data work is just janitorial. The actual code for getting “interesting” results is fairly simple. The key it to enjoy doing the janitor-style coding and then you’ll be good.

If you’re interested in which country music people talk most about trucks, beer, alcohol, or small towns, skip to the end where I list out some stats. For the rest, here’s some code. 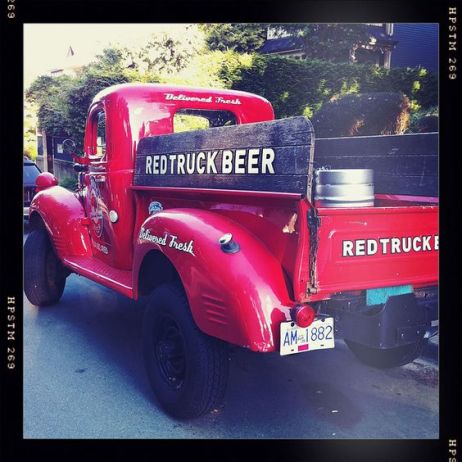 I wonder how they feel about beer trucks. I’m guessing they’d all be fans of them.

When doing anything with web scraping, the one thing to always, always keep in mind here, is that you want to avoid hitting the server for as little as possible. With that in mind, we’re going to do here is assume the inputs are names of artists. For each of those artists, find all of their songs, and then for each of those songs, grab the lyrics in the way that I did in the first post, and then save them locally along with some meta information the API provides.

Directory structure — Within the folder that contains the main .py file, there’s a folder named artists. And within that folder, when the code runs, a folder with the artist’s name is created (if not already). And within that folder, there are two more folders, info and lyrics. When we run the code, I put the lyrics in /artists/artist_name/lyrics/Song Title.txt and the info from the API, containing information about the song, like annotations, title, and song API id so we can grab it again if need be, in the file /artists/artist_name/info/Song Title.txt. The key, again, being saving all the info given to avoid unnecessary requests.

Redundancy Checking — Along with making sure to save all the info given, if we run an artist for the second time, we don’t want to get lyrics that we already have. So once we have all the songs for that artist, I run a check to see if we have a file with the name of the song already, and that the file isn’t empty. If the file is there, we continue to the next song.

Lyric Error Checking — Ahh unicode. While great for allowing multitudes of different characters rather than the standard English alphabet along with a few specialty characters, they’re not ideal when I’m trying to deal with simple song lyrics. And when saving the lyrics, I encountered more than a few random, unnecessary characters that Python threw errors for encoding problems. In a semi-janky rule-based solution (which isn’t great to use, see below), when I saw these errors being thrown, I would specifically replace them with the correct “normal” character. I assume there’s some library out there that would take care of all the encoding issues, but this worked for me. Also, on Genius’s end, it would be sweet if they, you know, checked for abnormal characters when lyrics were uploaded and didn’t have them in the first place. Also would be cool if they included the lyrics in the API.

Check out the most of the main function below. If you’re looking for the actual full file, check out this gist. It’s easier to post that on Github than formatting the entire thing here.

END_OF_DOCUMENT_TOKEN_TO_BE_REPLACED

Genius is a great resource. At a high level, Genius has song lyrics and allows users to comment on what the artist meant. Starting as Rap Genius, where users annotated rap lyrics, the site rebranded as “Genius”, allowing all songs to be talked about. According to their website, “Genius is the world’s biggest collection of song lyrics and crowdsourced musical knowledge.” Recently even, they’ve moved to allowing annotations of pretty much anything posted online.

I’ve have used it a bunch recently while trying to figure out what the hell Frank Ocean was trying to say in his new album Blond. Users of the site explained tons of Frank’s references that went whoosh right over my head when I listened the first time and all the times after.

And recently, when I had some ideas for mini projects using song lyrics, I was pretty happy to find that Genius had a API for getting the data on their site. Whenever I’m trying to get data elsewhere, I’m much happier with an API, or at least being able to get it from JSON responses rather than parsing HTML. It’s just cleaner to look at, and with an API, I can expect good documentation that isn’t going to change with css updates.

Their API docs looked pretty good at first glance, with endpoints for artists, songs, albums, and annotations. One things I did notice was that they don’t have an artist entry point. A lot of what I want to do is artist based, meaning I need to know the artist id for everyone. And in order for me to get that, I have to search the artist, grab a song from the results, hit the song endpoint for that song’s information, and then grab the artist id from there. It’d be nice if you could specify what I’m searching for when I hit the search endpoint so I don’t have to go through that whole charade just to get the artist. But that’s a blog post for another time. Overall, they give out tons of information pretty easily.

But why, Genius, why don’t you have an endpoint for getting the raw lyrics of a song?! You have a songs endpoint on the API, and you give me a ton of information from there — the song title, album name, featured artists on the song, number of annotations, images associated with the song, album information, page views for that song, and a whole host of more data. But the one thing you don’t give me, and the one thing that people using the API probably want the most, is plain text lyrics!

Pre-Genius, I was stuck with these jankily laid out sites with super old looking css that would have the lyrics, but not necessarily correct, and definitely no annotations. Those sites are probably easily scrapeable considering their simplicity, but searching for the right song would be more difficult, and the lyrics might not be correct. Genius solved this all now for a web user, but dammit, I want the lyrics in the API!

Now you might be able to get the entire set of lyrics by using the annotations endpoint, which had information about all the annotations for a certain song or article, but that would require a song to have annotations for every word in the song. For someone like Chance the Rapper who like Frank Ocean (and most other hip hop artists uses tons of references in his lyrics, having complete annotations might not be an issue. But of Jake Owen, who’s new single “American Country Love Song” has probably the most self explanatory lyrics ever (sorry for throwing you under the bus here, Jake. Still a fan), there’s no need to annotate anything, and getting the lyrics in this manner wouldn’t work.

The lyrics are there on the internet however, and I can get at them by hitting the song endpoint, and using the web url that it returns. The rest of this article will show you how to do that using Python and it’s requests and BeautifulSoup libraries. But I don’t have to have to resort to HTML parsing, and I don’t think Genius wants users doing that either.

I’m left here wondering why they don’t want to give up the lyrics so easily, and I really don’t have much to go on. Genius’s goal seems to be wanting to annotate the internet. It has already moved on from their initial site of Rap Genius, into all music, and now into speech transcripts, as well as pretty much any other content on the web. Their value comes from those annotations themselves, not the information they’re annotating. They give away the annotations freely, but not the information (lyrics) in this case.

Enough speculation on why Genius doesn’t spit out the lyrics to a song when you get the other information. And as I’m writing this, I realize I easily could have overlooked something in their API and Genius might return the full lyrics, but I overlooked it. In that case, half of this article will be pointless and I’ll hold my head in shame from yelling at them like I did.

For purposes here, I’m going to show you how to get the song lyrics from Genius if you have the song title, and also talk through my process of getting there.

Note of clarification, just to make sure I’m not violating their terms of service, this post is for informational purposes only. Hopefully this can help programmers out there learn. Don’t do something bad with this knowledge. Code time!

First thing you’re going to need is an account set up with Genius. You can sign up from the upper right hand corner of the genius.com homepage. After that, navigate to the api docs where you’ll then see your Bearer token that you’ll need for all API requests.

I’m using the requests library here, and once you have the bearer token, here’s what all the API requests to Genius should look like if, for example, you’re searching for a song title.

The response, according to the Genius API, would be a list of songs that match that string passed in, with the first result being the Tom Misch song that I was going for. By changing around the url that is passed into the request method, you can access all the information that Genius supplies from the API (pretty much everything but the lyrics).